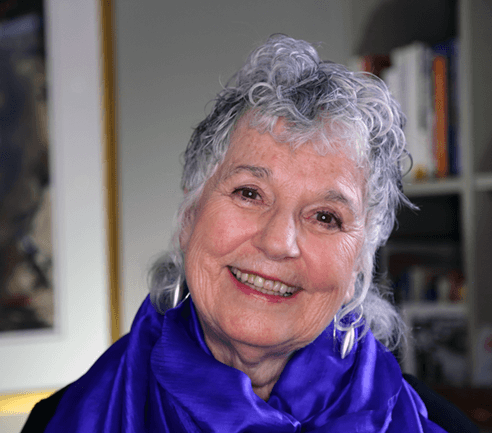 Reiki became my spiritual practice through my knowledge of Yoga, my life experiences at an Ashram and oddly enough, a leg injury from a car accident long ago.

Reiki has shown me how to live my life in this big, wonderful world.

My Work With Reiki

Working with people I have watched as they too discover the mind/body connection. They see how influences from younger ages affect their lives now.

Reiki is Love; Reiki is Healing; Reiki is my Spiritual Practice; Reiki opens me up to the Light and Love of the Planet and of the Universe. Reiki is my connection to Spirit and to the Angels. Reiki is all of this and so much more.

What Brought Me To Reiki?

I began studying Yoga in 1964 after the birth of my third child and I began teaching Yoga in Toronto in 1970. At that time, Yoga was just beginning to be known in the West as a physical and spiritual discipline and there were very few Yoga teachers in Toronto.

In the summer of 1973 I went to Yasodhara Ashram in Kootenay Bay, British Columbia to attend the Yoga Teachers Course and returned there in July, 1974 with my three children. I lived there for five years. While there I continued my studies and taught Hatha Yoga and other Yoga courses developed by Swami Radha, the founder and director of the Ashram, and a disciple of Swami Sivananda of Rishikesh, India. I have often said that I could not do the work I am doing now without the experiences of those years.

Early in my years of practicing Yoga, I was taught that our bodies hold all memories. Two friends from Minneapolis who were visiting the Ashram in 1978 gave me my first Reiki treatment and confirmed that knowing. The treatment helped me to retrieve a long forgotten and traumatic memory. After the treatment and the experience, the memory and the accompanying pain no longer troubled me.

This was such a profound experience and I knew right away that I wanted to learn Reiki. It was then that I went to Minneapolis in the Spring and again in the Fall of 1979 to receive my First and Second Degree Reiki from Ethel Lombardi who had been initiated as a Reiki Master by Mrs Hawayo Takata. I returned to Toronto late in 1979 after marrying my present husband, Thomas Daly, who had also lived at the Ashram. Thomas has been a constant and loving support for me throughout all these Reiki years.

Reiki was very new in Toronto in the 1980s and I began to give Reiki treatments to people soon after I arrived. When Phyllis initiated me as a Reiki Master in January 1984 I was the first Reiki Master who lived and worked in the city.

People were excited to learn Reiki! They wanted to heal. They still do and I have been teaching First and Second Degree Reiki Courses continually since that time – 33 years! I have also initiated Reiki Masters.

Need more information on my courses or looking to schedule a private session? Use the contact form below to get in touch with me.

I have been teaching Reiki and giving Reiki treatments in Toronto & Kamloops for over 30 years.